Asian-Pacific Quadball Cup (APQC) is a club level quadball competition with the participation of clubs in the region of Asia and Oceania. The competition held this year in Hanoi, Vietnam is the fourth time since 2016, and marks the return of the sport at international level after two year hiatus due to the global pandemic COVID-19.

In the previous tournaments, Australian were the champions with different representatives – ANU Owls in 2016 (Kuala Lumpur), 2017 (Hanoi) and Sydney City Serpents in 2019 (Seoul). Although the world champions kept winning the trophy, it was undeniable that the way they won was more and more challenging as teams from other countries improved rapidly. Since World Cup 2018 – with four Asian representatives, quadball has grown expansively in the Pacific-Asia region with the most dynamic activities were reported in Japan and Vietnam. However, all sports activities were hindered during the pandemic and it is just re-introduced to the public recently, and still be heavily impacted by international travelling restrictions. In such circumstance, Vietnam is delighted to re-start the tradition by hosting this year’s tournament, and we expect to see players from Australia, Malaysia, Hong Kong, South Korea, Japan, Laos and Vietnam competing for the championship.

This year’s tournament offers free entrance to all spectators to explore the excitement and intensity of quadball. Organised by experienced quadball players and hosts, APQC 2022 is the most anticipated event of the year, with improved features including well trimmed natural grass fields and pitch accommodation for teams. The tournament takes place on 17 and 18 December, 2022 in Nam Tu Liem District, Hanoi.

- Stay in central Hanoi: 12km distance, can be approached by public transports, mobile apps, and self-driving (see below)

Plenty of hotels and convenient stores are available within 1km distance to the north/west direction.

How to get there

Note: The pitch is wrongly named as "Sân bóng ABC" on Google Maps. Follow the map above for the right location and direction.

We are pleased to welcome all clubs across the regions to participate and crown the tournament!

Please register before 01 November to gain the early bird price for team fee. After the date normal team fee will apply.

Last call for team registration is 20 November 2022. We are looking forward to compete with your team!

Register your participation to the tournament by filling out this form. The mercenary player fee is $20 per player. After 05 November, the fee will be $30 per player.

You can’t bring your team to the tournament? Can’t find a team to join? Want some fun during your vacation? Register now because quadball is back! Link

The tournament organisers are calling for volunteers in many positions. We appreciate everyone with or without experience with quadball, as long as you’re an active person. Food and drinks on the date will be provided for event runners, and you’re welcome to the post-tournament social between all of the players.

The registration link is right here, please have a look.

The logo of AQPC this year resembles a softshell turtle, a rare species of aquatic turtle, living for hundreds of years in the Hoan Kiem Lake in the Old Quarter of Hanoi. Stories of Hoan Kiem Lake told that in the fifteenth century, Le Loi, who later became an emperor of Vietnam and the founder of Le Dynasty, was struggling in the fight against Minh Dynasty from the North. During a trip on the lake, the Golden Turtle God – under the appearance of the recent softshell turtle – brought him a sacred sword, which led him to the final victories and helped the establishment of Le Dynasty. Until today, there is a temple next to the lake – Ngoc Son Temple – open to the public to remember the help of the Turtle God. Inside the temple, visitors can also pay a visit to a turtle’s body, which is preserved from 1967. At the center of the lake, a small oriental tower, publicly called Turtle Tower, was erected in the 19th century then became a symbolic feature of Hanoi.

The logo features the turtle with its shell patterns resemble three hoops of the quadball sport underneath the Turtle Tower. Many said that the logo well reflected the culture of Hanoi with a meaningful story behind it, and also implicitly refers to the wish for a long-living sport of quadball.

The logo was designed by ShinDz, the talented designer behind most artworks by VQA, from the organisation of AQC’2017 to Team Vietnam’s fundraising campaign for IQA World Cup 2019.

The use of this logo and any recognisable element of it outside the quadball community and/or for any other purpose rather than promoting APQC’2022 is strictly prohibited. 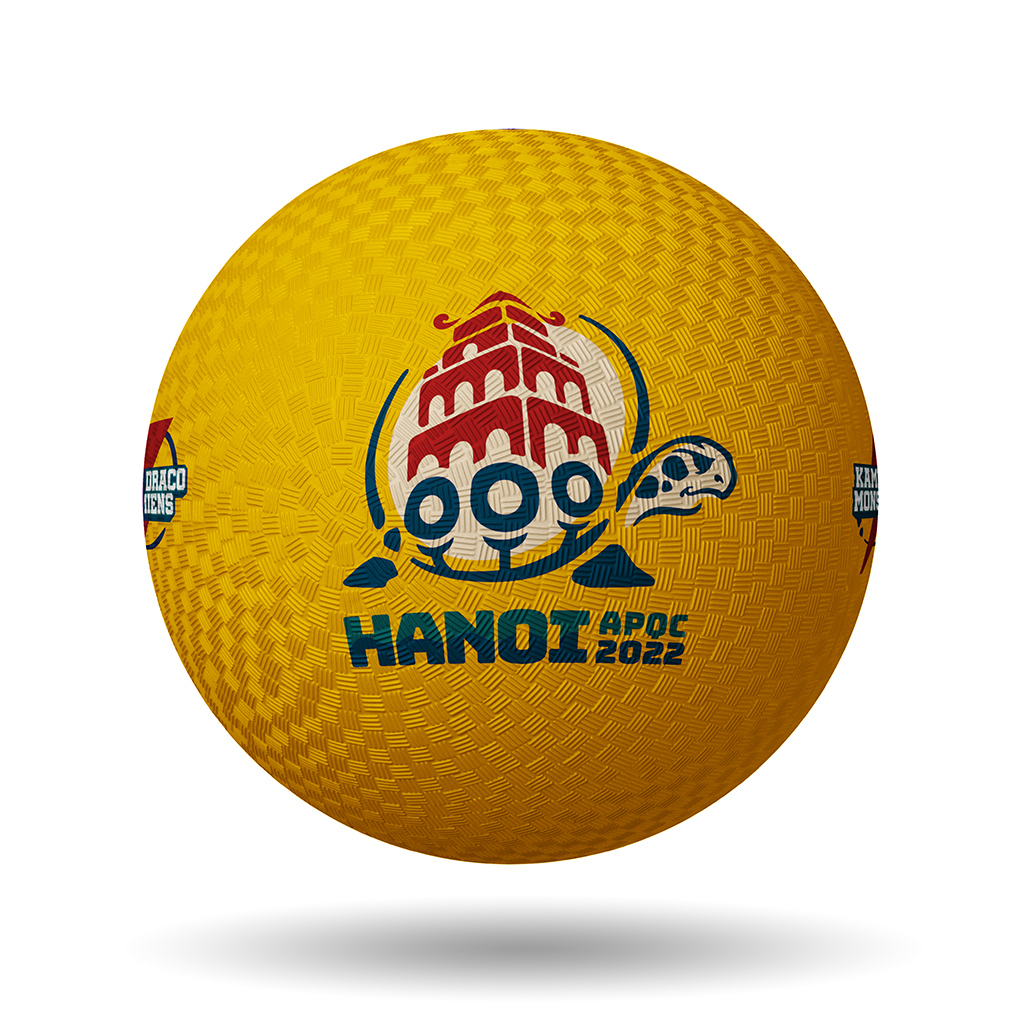 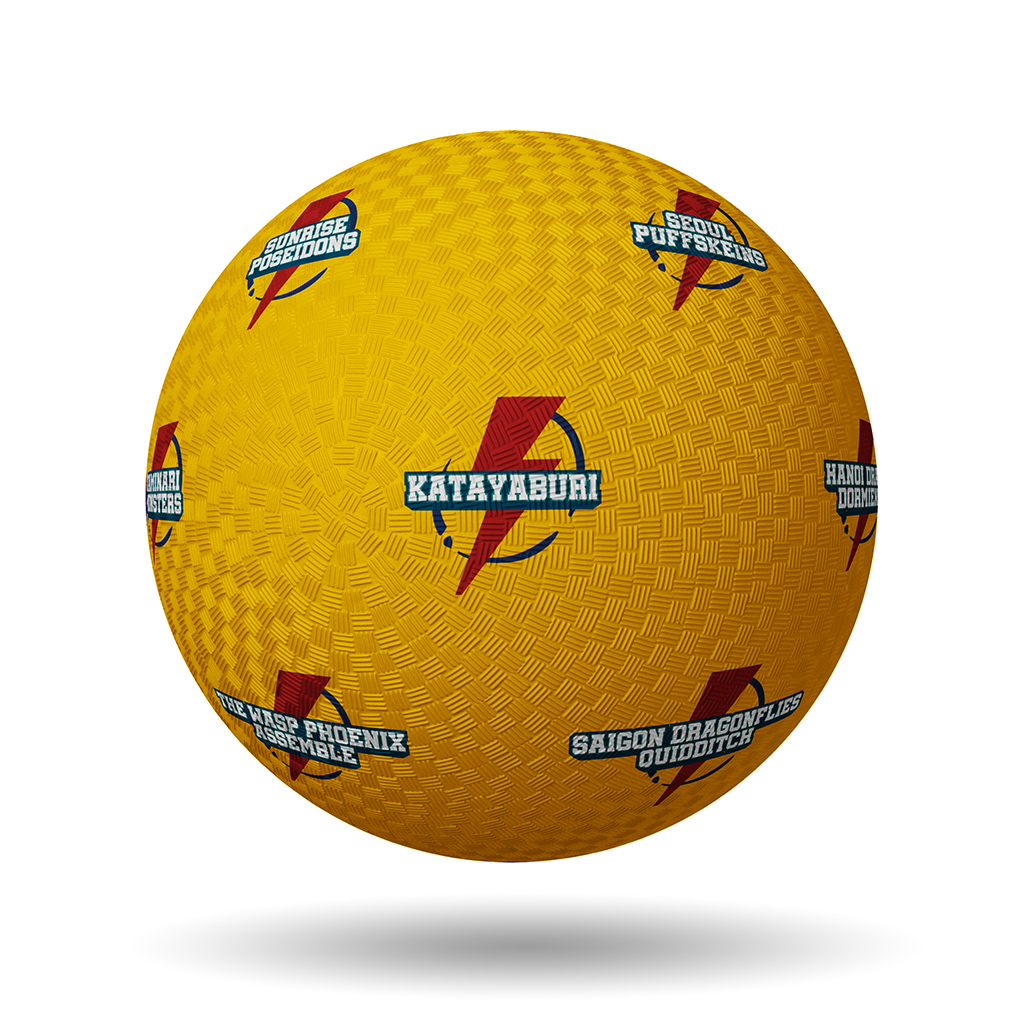 Get your team pumped up in style.

For pick-up at venue only 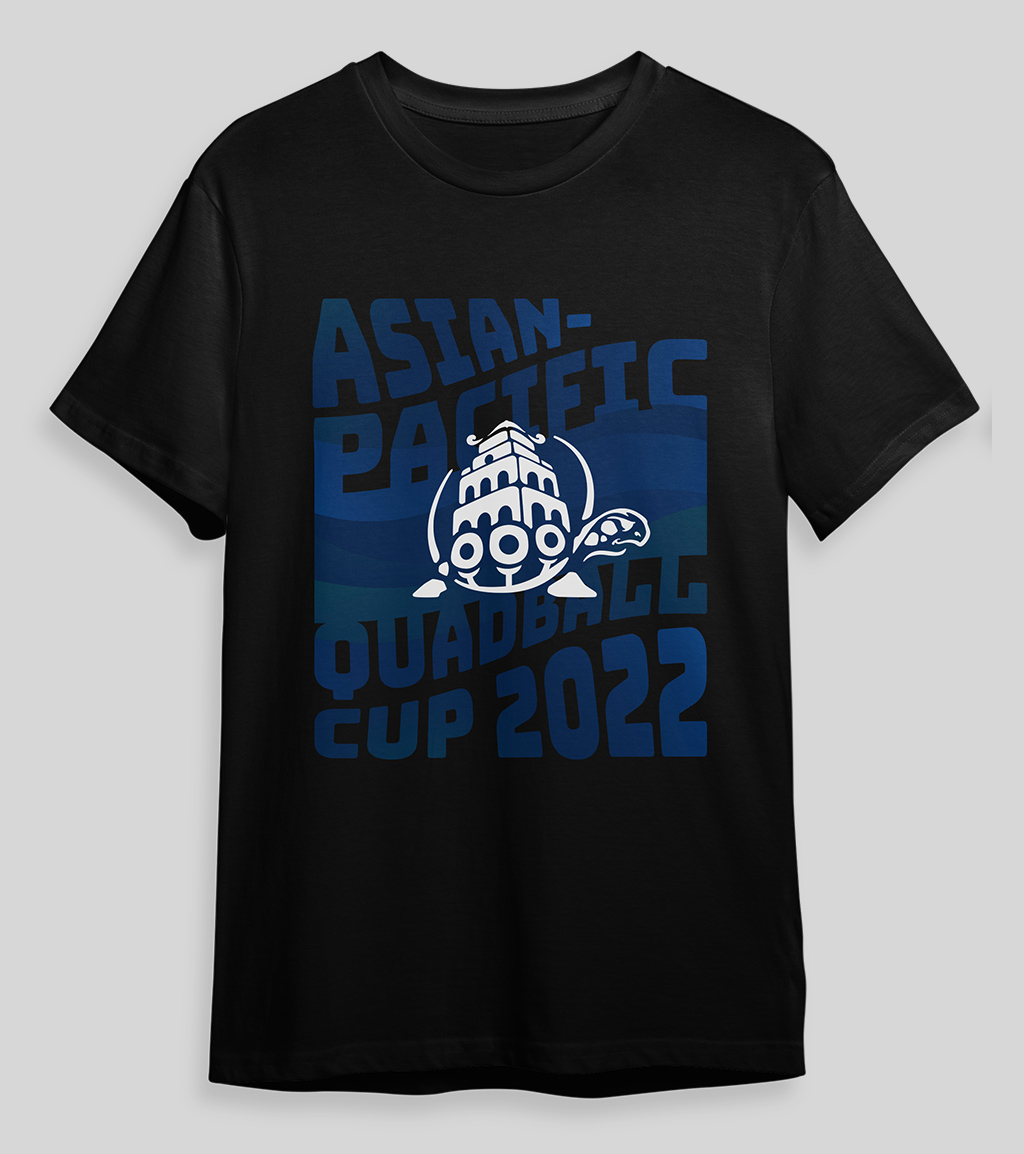 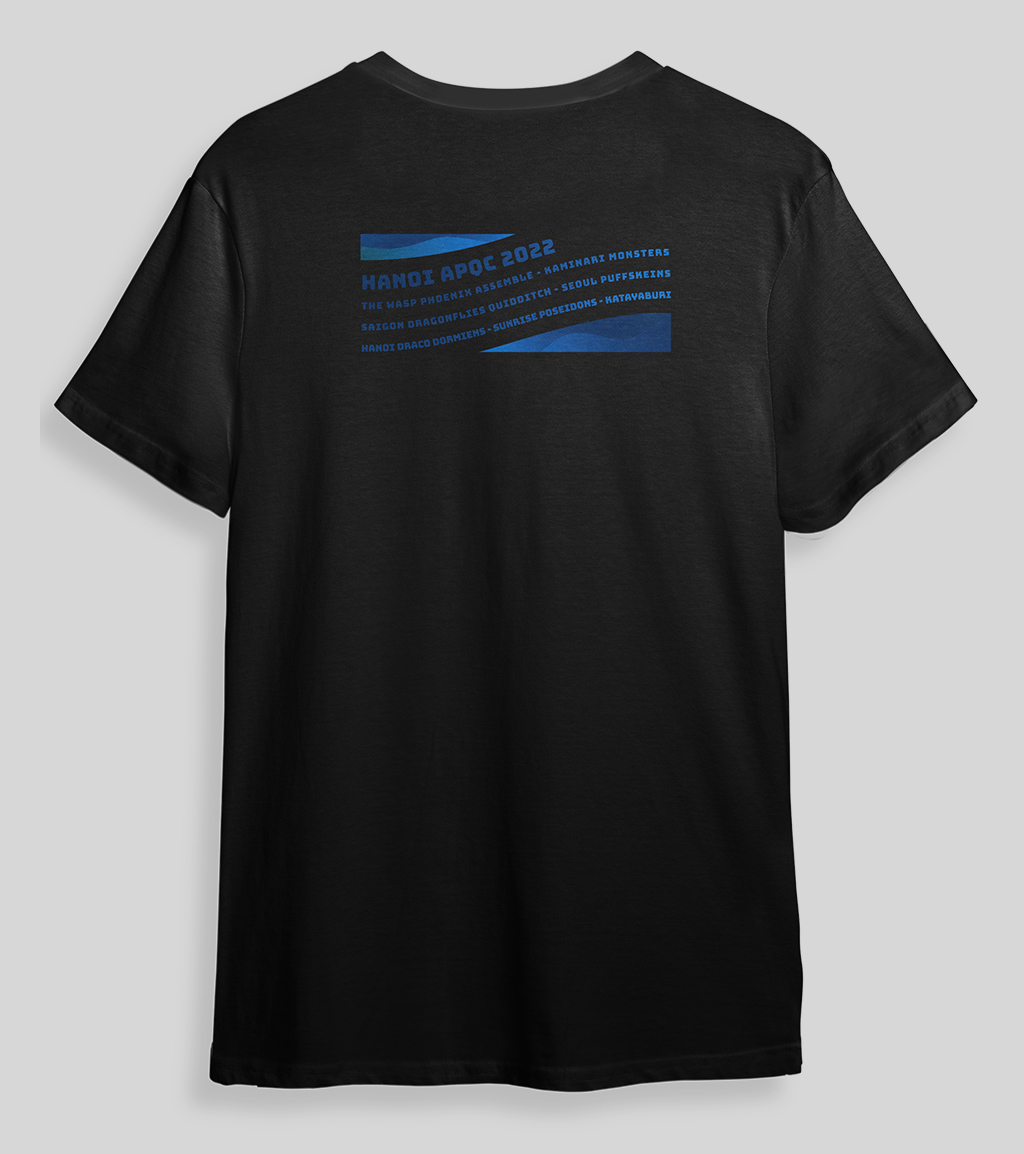 What You Will Get in Return